Nils Flaatten – Prepare for the second half

Oscar Foulkes May 11, 2018 Adventures of Re- No comments
While waiting for my coffee shop meeting with Nils Flaatten, I was eavesdropping on a financial adviser running his client through her expected financial position at age 65. It was more than a little sobering to process the numbers. It’s a good thing I don’t have any retirement aspirations!

Nils has intimate knowledge of casting around for new opportunities, having spent two years looking for his next big idea.

His advice to me was simple: “Look at your swim lane.” In other words, what are your fields or skills, and is there a way of finding an overlap between them? This would admittedly be the more conservative way of approaching this kind of situation than an outright fresh start in a completely new direction/lane. People in the tech world would describe this as a ‘pivot’. The rest of us will just say that someone has reinvented themselves.

His observation, also, is that for all its apparent economic vibrancy, the Western Cape is a difficult space in which to launch new ventures.

He went to great lengths to illustrate how shallow one’s ‘network’ can be. If one starts the process expecting little of the network there is less room for resulting disappointment (if not outright depression). Having said this, ‘the network’ is a useful route to “adjacent possibilities” as described in this interesting TED Talk.

Nils asked me some key questions, the first of which related to the kind of financial buffer I might have. In other words, how long before the money runs out? It’s not something one likes to think about, but it’s an important parameter.

His second question was as direct, although it dealt with a different aspect of this process: “What are you going to do at 10.00 on a Monday morning?” In other words, the school run is finished, you’ve possibly had a coffee with someone at 8.00, and now you’re back home.


This partially relates to active recovery, but it’s also about warding off boredom, isolation and depression.

Nils disagreed with me saying that I was hitting the reset button, making the point that this was more a recalibration for the second half of my life. In fact, with us living productive lives for much longer (not to mention the likelihood of our retirement savings not lasting) we have to keep preparing ourselves for the economies of the future.

He asked me if I listen to podcasts, and then proceeded to recommend Reid Hoffman’s Masters of Scale.

When I mentioned that I’d thought of blogging my experiences during this process, he suggested that I name it Adventures of Re- (with apologies to Ravi Naidoo for appropriating his concept).

The prefix “re-“ is attached to a bunch of neat words that fit in with the concept of making a fresh start. Given the progression of the morning, you might think that “retirement” is a negative slant on things.

However, I invite you to look at the etymology of “retire”, which has French origins:
re- (back)
tirer (draw/pull)
So, withdraw.

In French, a corkscrew is un tire-bouchon (in other words, draw/pull the cork, which relates to the Afrikaans kurktrekker).

I like the idea of looking at the years leading up to reTIREment as a pulling of the cork in order to release something beautiful. Perhaps, despite our failing bodies, parts of us can get better with age. Just like wine. 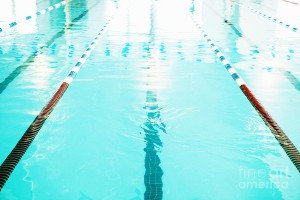