Oscar Foulkes March 19, 2018 Cape Epic No comments
There are all kinds of issues related to riding 110km Cape Epic stages. From the perspective of this daily update, however, the major consideration is that getting in after 2.30pm doesn’t leave a lot of time for penning something worthwhile. I’ll leave the rest of the issues to your imagination.

I’m going to start with the obvious, given that the race village at Arabella occupies the Normandy Stud paddocks in which Sergeant Hardy frolicked as a foal. For those of you new to the story, Sergeant Hardy is the breathing impaired horse I race in partnership with my mother. On Sun Met day, he beat the best sprinters in the country, and was last week included in the Longines-sponsored list of The World’s Best Racehorses. Our Epic kit is inspired by my mother’s racing colours (worn by the jockey when Sergeant Hardy races). The Hoarse Power printed on our cycling shorts ties together my own breathing issues and medical history with that of Sergeant Hardy (although unlike me, he is a proper athlete).

Nostalgia made further appearances this morning, when we cycled through Excelsior, which is where I spent a big chunk of my childhood. And later we rode through Piet’s brother’s farm, Steenboksvlakte.

Today’s stage started at quite a pace – we ticked off the first 15km in 30 minutes, and the pace stayed pretty steady until we hit the first big climb. The Land Rover technical zone was the descent from this climb. As we entered it, there was a group of riders ahead of us. Getting past them required the application of what I call The Tallboy Line (with apologies to golfers who make use of The Tiger Line). In case you hadn’t guessed, this required some off-piste cycling over terrain that would generally be avoided. Unless you’re riding a Santa Cruz Tallboy, of course.


Once we got past these riders, it was pretty much full gas over some pretty gnarly terrain. Such fun!

A bit later, we were able to repeat the exercise from the top of the Skuilkrans climb, passing something like 20 teams in the process. Again, this required regular use of The Tallboy Line, on the rockiest, steepest, off-camber parts of the track. There doesn’t seem to be a segment for this on Strava. I did promise that ego would not make an appearance today, but it would have been interesting to see how us schleppers at the rear of the field stacked up against the more talented riders in groups ahead.

I did a blog post when researching bikes for Epic (click here to read it). Given my breathing difficulties, I was more concerned about having a bike that made up for my breathing (along the lines of an Iron Lung). I’ve learnt that being assisted in descending quickly can be as valuable. And, even if it doesn’t translate into a shorter time out on the road, letting rip on the Tallboy is a huge amount of fun.

We ended the day comfortably within our budget of seven hours (with about 20 minutes to spare). Three long days await, so this afternoon we’re deep into recovery mode. 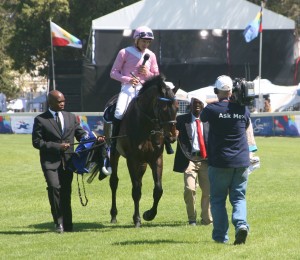