Oscar Foulkes February 19, 2018 Cape Epic No comments
During the week I was sent a little video of Sergeant Hardy in the paddock at the Snaiths’ farm. After three races in five weeks he earned the break from full training! Interestingly, his ‘paddock buddy’ is Copper Force, which nearly beat Legal Eagle in the L’Ormarins Queen’s Plate.

This week I also received my training schedule leading up to Cape Epic. Apart from the fact that I need to recover from Tankwa Trek, Erica thought she saw indications of fatigue in my Wattbike stats. Admittedly, I may have recovered from some of this in the extended taper leading up to Tankwa Trek, but she’s taking no chances. As she put it to me, “rather a week off now, than in two weeks’ time.” In a sense, I’m having my own version of ‘paddock time’.

I didn’t expect to feel fresh on my gentle Wednesday morning pedal, but I knew that I needed to get it out of the way.

I was supposed to do an easy 70km on the road on Saturday. Instead, I spent just about the entire day on the road, except that I was driving from one chore to the next.

I met up with Piet for Sunday’s 80km on the road. We rode from Camps Bay, setting off at quite a pace. On the approach to Llandudno I realised that my heart rate was way too high for the type of ride intended. While I backed off, Piet chased down an ebike (ever the wheel chaser!). I managed to keep it sensible going up Chapman’s Peak, but allowed myself to get a little carried away on Black Hill. I pushed a few watts as my heart rate peaked at 172 bpm.


At the bottom of Black Hill, we turned left on Main Road, taking advantage of road closures for the Peninsula Marathon. I was intrigued to see the runner carrying the flag for sub-5:00 running solo. Had he out-run his bus, or had they out-run him? Or was no-one interested in running sub-5:00?

Later we passed a group of riders on Coco-Mat bikes. The collective noun for a group of cyclists is a peloton. If they are riding on wooden bikes (as these were), does it become a grove? Orchard, I’m assuming, would only apply if the wood used for the bike construction came from a fruit-bearing tree.

We completed just over 78km in exactly three hours, which qualifies as recovery pace.

With four weeks to Epic, my attention now turns to the wine list (you can read about our 2017 wine list here). Given that we’re doing a mountain bike race, the theme for this year’s list is wineries (or wines) with mountain/berg in the name. Mont would be the French equivalent (not be confused with mons, although the two words have similar etymology). We’re taking a broad view on this one, allowing words denoting parts of mountains, like Côte (slope).

If the temperatures in 2018 are anything like 2017, wine from Côte Rôtie (roasted slope) would be entirely appropriate! 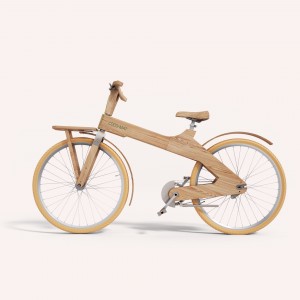 We passed a group of these wooden bikes on Sunday (would that be a grove of them?)