Be my Epic Valentine

Oscar Foulkes February 13, 2016 Cape Epic No comments
I still have the first Valentine’s card I ever received. It was homemade, with the message: “The smog and pollution have nothing to do with it. I get all choked up just thinking of you.” I never found out who sent it to me. Maybe that’s why I’ve kept it for over 35 years.

In 2017, I’m planning to ride (well, start) the Cape Epic. However, I have a small problem, in that all my usual riding buddies just outright laugh in my face when I raise the possibility. I don’t blame them. In the words of Talking Heads: “This ain’t no party, this ain’t no disco, this ain’t no fooling around.”

I’ve done numerous two, three and four day stage races, most of which a reasonably fit weekend warrior can do on a last minute call up. Similar to the observation that “one does not simply walk into Mordor”, the Cape Epic is not simply a case of pulling on some lycra, jumping onto a Specialized (whatever its components), and starting to pedal.

The Cape Epic is eight days of pain, covering 800km with 15 000m of climbing. It’s euphemistically billed as “eight days of courage”.

But it’s not just the eight days of riding. There’s a year of preparation, bicycle components that get worn out several times before the race even starts, and a whole lot of money to enter.

So, why do I want to do it? Well, there’s partly a ‘moth to a flame’ element. I’m fascinated, in an admittedly weird way. The Prologue once went past my front gate, and in 2015 took place on routes I ride every week. It’s probably no coincidence that in 2017 I’ll be 50. If only partially sub-consciously, I’m just another MAMIL clinging to a fantasy of virility.


There’s another thing, which is that I’m halfway through a six-week course of radiotherapy to finally nail laryngeal cancer that has resulted in me having five surgeries since 2006. I may not be able to control microscopic rogue cells inside my body, but I can ‘force my heart and nerve and sinew’ to endure what needs to be done to complete a mission. Taking on this test of endurance is physical manifestation of some kind of power. I know it may seem very shallow to list such things, but I need to be honest about my reasons for taking this on.

The bedrock, I suppose, is that I am hardwired for endurance. Despite the inevitable pain, there comes a point at which I get a kick out of overcoming – or, at the least, enduring – the challenge.

But, as I said, I cannot do all this alone. I need a partner.

Will you be my Epic Valentine?

My preference is for someone who will also be 50, although this is not a necessity. You need to know that I am of average ability (in other words, definitely not a racing snake, but also not the last person home each day), and I’m a really crap bike mechanic. Residence in Cape Town is probably necessary, for reasons of training together.

Update: I post a weekly diary of my Epic training, which you can read here. 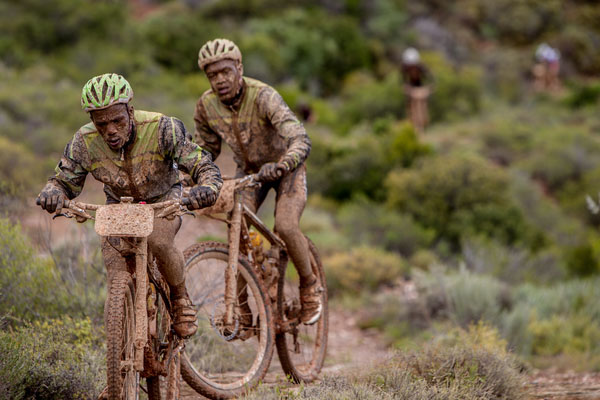