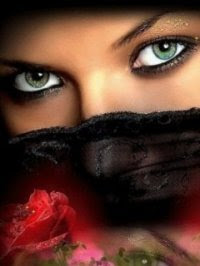 Many years ago I was walking a customer through my wine shop, making up a selection of wines for him. As a starting point I asked him for an indication of price range.).

OK, so it was a long time ago (an equivalent price now would probably be four times that), but the sentiment still holds.

Wine intersects with Christianity. At a wedding Jesus famously turned water into wine, and following Jesus’ instructions to his disciples during the Last Supper, wine is used to represent “the blood of Christ” during communion or mass.

Wine, of course, does not intersect at all with Islam, which is why I was so surprised late last year to note the fan composition on the Facebook page for The Very Sexy Shiraz (www.facebook.com/home.php#/pages/The-Very-Sexy-Shiraz/6787307772. The majority of the fans were of Middle Eastern (mainly Iranian) origin. I know that behind the scenes many Muslims do consume alcohol – Saudi is reputed to be one of the world’s biggest markets for Johnny Walker Black Label – and we have exported several hundred cases of The Very Sexy Shiraz to the Gulf.

Then the penny dropped. Shiraz is Iran’s city of “poets, wine and flowers”, the capital of Fars province (and, on the basis of the fans on that Facebook page, it is also home to a large number of beautiful women).

One of the legends about the history of the grape variety Shiraz (since refuted on the basis of DNA profiling) is that it was brought from the eponymous Persian city by a returning Crusader. Shiraz is known as Syrah in France, but there isn’t any conclusive explanation for the origins of its alternative name.

Regardless of all the confusion around its etymology and ampelography, the association of Shiraz/Syrah with Persia makes sense. As plush as a kilim, with the spiced nuances of the regional cuisine, not to mention the richness of the dried fruits often used in preparing their stews, The Very Sexy Shiraz is a hedonist’s treat.

It may seem really shallow on my part to sympathise with a revolution on the basis of a connection based upon the name of a grape variety I happen to enjoy drinking. That the protests are aimed at a religion-directed regime which regards wine as a sin isn’t necessarily cause for militancy.

However, when governments find it necessary to shut down means of communication, as is happening in Iran, rather than engaging with the issues, my support has to go to those doing the talking and asking the questions. Twitter has played a huge role in the protests. I find it kind of ironic that my interest in the issues was spurred by a Facebook-based intersection with the people of Iran. While there is something very Orwellian about Google’s role in the internet, watching and recording our every move, the internet may yet prove to be democracy’s greatest tool.