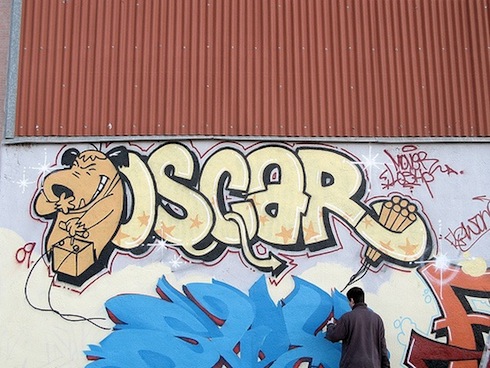 I am certain that I have encountered more dogs and parrots called Oscar than people. I’ve even ridden (and fallen off) a horse called Oscar. I have recently come across a few pre-teens called Oscar, but other than my neighbour swearing at her dog, I hardly ever hear my name unless someone is talking about/to me.

The thing about a name like Oscar is that its rarity removes the need for appending a surname. So, “Oscar” will be used in conversation and people will usually expect that everyone around them knows who is being spoken about. Peter, Andrew, Michael or John are the types of name that are generally used in conjunction with a surname.

Even the Academy Awards aren’t a problem, because Oscar is always preceded by ‘the’. I may not be the world’s most humble person, but I’ve never considered myself as The Oscar. The Donald? Well, that’s another story.

Oscar Pistorius changed all that. All of a sudden my name was being used in conversation all the time, and given the background (as explained above) I initially thought that the conversation involved me.

It made me quite gun shy, if you’ll excuse the expression.

It’s all calmed down, thankfully, but when the matter gets to trial – with accompanying media frenzy – it’ll start all over again. In preparation, I’ll train myself to ignore anyone mentioning my name. If I don’t, I could end up with a case of acquired Tourettes.