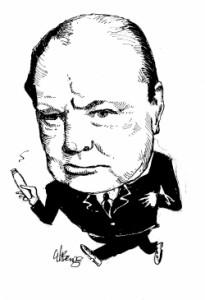 I’ve never been a believer in ‘hair of the dog’ solutions to hangovers. The reason you feel terrible is because your body has a toxic level of alcohol, on top of which you are sleep and nutrient deprived. And you’re also likely to be dehydrated. In my view, rest, vitamins and a toasted egg and bacon sandwich are going to do you a lot more good than downing another beer. Sure, the night was fun while it was all happening, but it’s not a sustainable way of spending your waking hours.

The credit crisis was caused by an oversupply of cheap money, lent completely indiscriminately to borrowers who would only be able to repay if the real estate bubble kept growing.

After the collapse of Lehman Brothers in 2008, the world’s economy was saved from total meltdown by governments taking private debt onto the public balance sheet. Various governments tossed obscene quantities of cheap money at the problem. So great was the torrent of cash rained down on the US that the chairman of the Federal Reserve was named Helicopter Ben. In fact, the vastness of the rounded-up billions seemed so unreal it may as well have been Thomas the Tank Engine handing out the money.

Sovereign debt is a nice way of describing the money owed by governments. However, just because it’s owed by governments, doesn’t mean that similar rules don’t apply as the ones for citizens. Greece is the latest country having difficulty in meeting its debt obligations. While in no way denying the gravity of the money problems on the Aegean, it’s one of several countries who owe far more than is healthy, or even sustainable.

Various players, anxious to stave off inevitable write downs for the reportedly 400 banks with exposure to Greek debt, along with the likely contagion that would then call into question the foundations of other countries’ debt, have been working on a bail-out plan. In accepting the ‘hair of the dog’, the Greeks have to submit to some pretty serious austerity.

Greece, of course, is the birthplace of democracy, about which Winston Churchill said in 1947: “No one pretends that democracy is perfect or all-wise. Indeed, it has been said that democracy is the worst form of government except all those other forms that have been tried from time to time.” At the time he said this, communism was still decades away from joining the forms of government that had also been tried.

One of the problems with democracy is that politicians need to keep their eyes on the next elections. To put it bluntly, if they piss off their constituencies they won’t get re-elected. One of the products of austerity is that some people lose their jobs, others may have to take salary cuts, and the government’s provision of services may be curtailed. So, all-in-all, imposing austerity isn’t a great way for politicians to get re-elected.

The system in ancient Athens, while democratic, was more like Survivor, in that public officials who displeased the people got voted out; not only out of office, but also out of the city. And, for good measure, their assets were stripped. The ballots were shards of pottery – ostrakon – on which votes were scratched. Remember, these were votes ‘out’, not votes ‘in’, and hence we have the word ostracise, which describes perfectly the position Greece finds itself in now.

There seems to be something quite Churchillian in the way that Brits have accepted their current dose of austerity. On second thoughts, perhaps tolerated is a better word. It’s almost like the Battle of Britain all over again, except this time a modern-day Churchill could be saying: “never before has so much [money] been owed, by so many.” People can say what they like about Britain losing its Britishness, but that famous ‘stiff upper lip’ is alive and well.

There is a case to be made, though, that the credit should belong to Westminster (as in the form of government) rather than to Churchill. You see, British politicians only really need to worry about elections every five years. In America, where over $14,000 billion in sovereign debt makes Greece’s look quite Mickey Mouse by comparison, presidential elections take place every four years, with Congressional elections mid-way through that. Basically, the Democrats and Republicans are always campaigning, so they cannot ever afford the voters to become displeased. Add to that a government budget that is perpetually in deficit. The combination of basic maths and voter-motivation suggests that US debt will continue to grow.

One wonders what Churchill would say about the versions of democracy in China and America. Using human rights as the standard, America is the winner. However, is it really The Land of the Free when its citizens are imprisoned by trillions of dollars in personal debt (most of it ultimately owed to China)? Don’t even get me on a bureaucracy so invasive that it became necessary for the US to pass the Reduction of Paperwork Act, in itself an impressive piece of paperwork that runs to something like 39 pages.

The credit crisis has brought the British economist John Maynard Keynes back into fashion. Personally, I’m with him on the positive effects of spending during recession, which causes money to circulate through the economy (he put it much more eloquently, but I’ve spent half an hour trying to find the exact reference without success), thereby driving demand.

The Nobel prize-winning economist Paul Krugman recently did a talk (click here to read the whole thing) on Keynes, in which he said: “I constantly encounter the argument that our crisis was brought on by too much debt – which is largely my view as well – followed by the insistence that the solution can’t possibly involve even more debt.

“Suppose that the government can borrow for a while, using the borrowed money to buy useful things like infrastructure. The true social cost of these things will be very low, because the spending will be putting resources that would otherwise be unemployed to work. And government spending will also make it easier for highly indebted players to pay down their debt. If the spending is sufficiently sustained, it can bring the debtors to the point where they’re no longer so severely balance-sheet constrained, and further deficit spending is no longer required to achieve full employment.”

That’s economist-speak for saying that – in theory – effective government expenditure can kickstart an ailing economy. The problem is that vote-chasing politicians run governments. They are going to allocate the money either to their favoured lobbies, or to their personal slush funds. And that’s without taking into account the possibility that the equivalents of Donald Rumsfeld are blundering away with the money.

I’m sorry, but I don’t have any confidence in government-managed disbursements. While I have a great deal of respect for Krugman and Keynes, it remains theoretical that government debt can fill the hole caused by bad private debt.

Despite its austerity measures, the British government still borrows an unsustainable 20% of what it spends, which looks provident when compared with America’s 40%. And no sign at all of reversing anytime soon.

We have many things for which to thank democracy; sadly, ballooning public debt is one of them. Something has to give. Could we be on the cusp of trying out another form of government?

This hangover is not going away.