Events like the Absa Cape Epic have done a great job of positioning the Western Cape as one of the world’s prime mountain biking destinations. We truly are spoilt for choice, with a multitude of trail options within an hour(ish) drive of Cape Town.

For outdoorsy types, it’s hard to imagine a more perfect city than Cape Town. It occupies a long peninsula that has a mountain running down the middle of it. Pick your sea- or land-based activity, and it’s all possible, most of it without much of a drive.

The rest of my family surf, dive, rock climb, walk and run. My activity is mountain biking. Cape Town’s network of trails used to be based upon some of the jeep tracks in the national park, but concerted efforts by persistent people have led to some hiking paths also being opened to mountain bikers.

We share the trails with runners, walkers, and dogs, so courtesy (and bells) are a basic requirement.

So far, so good. Everyone was more-or-less content with what we had. However, doing a loop of the mountain, whether via Noordhoek or Constantia Nek, required a lengthy section on Victoria Road from Camps Bay to Suikerbossie. Seeing as we’re mountain bikers, not roadies, this was not ideal.

Working via ‘someone who knows someone’, Rob Vogel made contact with the owner of the huge tract of quasi-reserve between Camps Bay and Oudekraal. Permission was gained to build a trail, so that we could ride off-road all the way to Llandudno, and so was born The Missing Link.

A bunch of people got involved in fundraising, and Walter Brosius started building. He also built the Belgian Waffle trail on Signal Hill (and others). Sadly, he’s returned to Europe, but the legacy he’s left us, in the form of many kilometres of sublime trails, has earned him the gratitude of Cape Town mountain bikers for many years to come.

Once the Missing Link was completed, it was discovered that the final part of the trail inadvertently traversed SAN Parks land, which turned it into a cul-de-sac for a while. Riding along the same trail both ways is no hardship, because it ‘rides’ differently, but a loop is better.

More money was raised, and Walter continued building. When he left, the team he trained remained, under the guidance of Harry Millar. We now have two return options. About 1.5km into The Missing Link is the Lobotomy DH (it cuts off the front part – geddit?), exiting on Ottowa Road. Another return loop starts beyond the Twelve Apostles Hotel, linking up with Lobotomy.

The entire loop, from Theresa Avenue, to Ottowa, is something like 11km of rugged singletrack overlooking the ocean. The setting is nothing short of magnificent, particularly for late afternoon sundowner rides.

The trail opened during the 2020 Lockdown, when other parts of the mountain were closed. For this reason, as well as the novelty factor, there was a lot of traffic to start. Now it’s a lot less busy, but that may be more a product of the trail having got harder to ride as small rocks have become exposed.

Actual trail building was done, but it was more a case of threading the trail through or around the worst obstacles than imposing a sculpted path onto the topography. It’s pretty close to natural, complete with some rock-strewn sections. All of it is rideable, and there’s nothing I would class as scary (i.e. crazy steep descents or drops). The parts one might call technical are the rocky inclines. These are best ridden in a gear that allows some torque (leading me to label one of my rides on Strava as “Torque, torque. All you do to me is torque, torque”).

The most appropriate song for the trail, though, is Emotional Rescue. While it’s obviously a physical experience riding it – and it’s certainly challenging – it is an experience that feeds my soul. It’s a special kind of rescue, and yes, there are some stones involved.

(There are several Missing Link videos on  YouTube. The one above isn’t the slickest production, but it does a pretty good job of illustrating the terrain and the landscape – and it has footage of a little crash.) 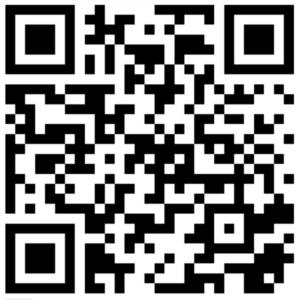 You can use the Table Mountain Bikers Snapscan code to contribute to trail maintenance.