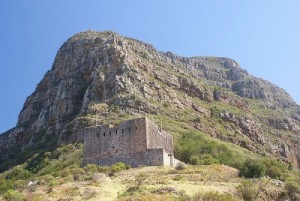 Heritage Day is one of South Africa’s ‘new’ public holidays, in that it was introduced after 1994. Unlike Youth Day and Women’s Day, there isn’t an overt political value to the day, but it does happen to fall on the same date as Shaka Day was celebrated in Kwazulu Natal. I’m sure there was a time when it was politically expedient to keep 10 million Zulus happy by maintaining 24 September as an important day, but who knows what happened behind closed doors.

On this day we’re theoretically celebrating our cultural heritage, particularly its diversity (which in a South African context is rather more diverse, in every respect imaginable, than almost any other country on Earth). However, outside of politicians’ grandstanding and seeking of photo opportunities, public holidays are regarded by ordinary members of the populace as a good reason to do some extra socialising (read about our Women’s Day tradition here). Along came some smart people and semi-hijacked the day by proclaiming it Braai Day, with Desmond Tutu as patron. It has subsequently been renamed Braai4Heritage.

Many South Africans would braai (rhymes with ‘try’) today anyway, but the organisers have based their celebrations around the viewpoint that cooking meat on coals is a practice that is common to all South Africans, regardless of cultural diversity. OK, maybe not vegetarians, but then there are usually salads served alongside the hunks of meat.

I haven’t braai-ed today yet, and it’s possible that I won’t be wielding tongs today (no, there won’t be ‘Oscar on drums’). So, how have I celebrated Heritage Day?

I began the day with a mountain bike ride on the slopes of Table Mountain (a World Heritage Site), up to the King’s Blockhouse, where I touched a 1792 cannon. The Blockhouse was built in the late 18th century, as part of a chain of blockhouses that had good vantage points and played an important role in the defence of Cape Town.

Indeed, the view from up there is brilliant. One has a fabulous view of Cape Town stadium, and beyond that to Robben Island, another World Heritage Site. The view southwards takes in the two Newlands stadia, with False Bay further away.

Adjacent to the Blockhouse is a plaque commemorating Frank Jarman: “he found these barren stony slopes tree-less, he left them covered with forest”. In 1904, when the plaque was unveiled, he was clearly regarded as a valuable contributor to our heritage. The same could not be said now, as we are spending millions removing the alien vegetation he introduced.

As I started thinking about my love of our floral heritage, in the form of the Cape Floral Kingdom, I was interrupted by the roar of a passing Air Force jet, and pondered the extent of the bribes paid to a corrupt public servant to secure the sale of that aircraft. Sadly, the absence of any proper inquiry into the arms deal is also part of our heritage. While its effects cannot be eradicated in the same way as chopping down a few trees, we may eventually just have to accept that it happened and cannot be made to un-happen. Similar stuff happened under the previous regime as well.

The musical accompaniment to my pedalling was kwaito, which is black township music with a strong youth following. When the ANC Youth League rants about “the revolution” (can someone please tell them that the revolution was successfully concluded when the ANC came into power) or the nationalisation of mines, or fall into the generally undisciplined state of rabble so typical of them, I fear for the future of South Africa. But, we can both listen to – and enjoy – the same music (I sometimes even try to bust a township move on the dance floor!).

It is a feature of our cultural landscape that almost everything gets politicised. A white person querying the actions of a black government minister (no matter how inept his/her performance) is immediately accused of racism. On a superficial level, striking public sector workers are campaigning for higher wages, but the real statement being made is about overpaid and corrupt government ministers. Critics of the government are called counter-revolutionaries. It can all get quite emotional.

A case in point is a statement by the Azanian Youth Organisation – admittedly representing only fringes of black youth – in which they say: “This is largely perpetrated by the white section of the [sic] South African society which is opportunistically using this national day of importance as a braai day”. I wonder if any one of them has actually thought about what makes this particular day important. Unlike the public holidays that in some way commemorate The Struggle, this one is designed to work into the future, by (hopefully) enabling us to consider each others’ differences and live with them anyway. Or, to find the things that are common, even if all we can find is a piece of chisa nyama (directly translated as ‘burnt meat’ – and probably appropriately so).

History is important. It defines who and what we are, but “there’s no future in the past”. Much of the political discourse in South Africa, focusing as it does, on differences, is divisive. We need to spend more time looking forwards than backwards.

I think the time will come when South Africans of every stripe will be able to debate issues on a more adult level. I do hope so.

Until then, and beyond, our heritage is one of diversity. We’ve all had to learn to live in an environment of dramatic contrasts. It doesn’t always feel comfortable, but it’s part of what makes South Africa unique.

More than anything, though, it was a glorious day. Too often we forget that the first thing we need to celebrate is the simple fact of being alive, having one’s health and being close to family and friends. We may not always feel able to connect to the positives of our cultural landscape, but we can never deny our good fortune to be this close to mountains, rivers and beaches. Even if the shade has been cast by a foreign tree.

Living in South Africa is worth celebrating every day.